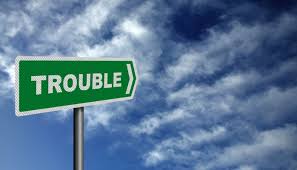 Genesis 45:7-8 “And God sent me before you to preserve you a posterity in the earth, and to save your lives by a great deliverance. So now it was not you that sent me hither, but God: and he hath made me a father to Pharaoh, and lord of all his house, and a ruler throughout all the land of Egypt.”

Our view of people and things are skewed; tainted; and at the very least limited.

Please allow me room for explanation.

The world today is filled with trouble, division, hatred, strife, violence and death. That is, if that is all you look at. A person whose steady diet of information exists solely with the nightly news will think the world is going to come apart at the seams at any moment. Every news story taints our view of mankind.

If we do not stop this behavior, we begin to believe that what we hear as fact and that the news anchor’s opinions and that which we are allowed to hear becomes foundational to our belief system. Fundamentally, we need to get back to truth.

Many go to man seeking an answer. I am truly sorry to disappoint, but man cannot be trusted because we are ALL liars.

Romans 3:4 “God forbid: yea, let God be true, but every man a liar; as it is written, That thou mightest be justified in thy sayings, and mightest overcome when thou art judged.”

Jesus came to define what is truth:

All that we see happening today, has at some point, happened throughout history. Trials, tribulations, wars and rumors of war – trouble. We cannot escape it; not in this lifetime anyway. Where you and turn and to whom – matters.

The account of the life of Joseph is an interesting study. In his naivete, he embraced life and lived innocently, honestly and openly before his family according to how his father taught him. He was obedient. He was a young man who loved God and believed.

Then, it was as if the whole world turned against him. Well favored of his father, he obediently came seeking the welfare of his brothers. Their resentment and jealousy had grown to such a level, they were talking of murder (sounds like Hollywood and our President).

If it were not for their oldest brother Reuben, they might well have carried out that task. Stripped of almost all his garments, thrown into a pit, Joseph must have been utterly devastated. Yet we hear of no complaining or criticism recorded.

Sold to traveling merchants and then to Potiphar, slavery became his way of life for years. Yet one would think that he would grudgingly go about his work; pining away for the days when he might return home and show his brothers a thing or two.

I marvel that at every turn, Joseph used his trial to excel. At the very core of the account of his life, the lesson I have gleaned is this: God uses trouble to reveal our total and utter need to fully and wholly depend on Him. The Word of God bears witness in every case.

Those whose life suffered some of the greatest trials and turned to God, somehow, some way came through that trial to a place you nor I could have ever expected. The lives of Noah, Job, Joseph, Moses, Joshua, David, and so many more tell of trouble; yes, some self-inflicted, and just how God used all the fruit of that trouble to work it out for good in the end.

In each and every one of these examples, we find at the core, HOPE and FAITH. Without hope, we will literally die inside: we become dead men walking. Without faith, our world shrinks to what we can hold in our hands and what we can effect by our strength and our intellect.

Joseph saw and believed in God who he believed, was sovereign; who controlled the big picture. Place yourself in any one of the situations that he found himself. Rejected by your brothers. Sold into slavery. Falsely accused by your master’s wife and imprisoned. Any one of us might be able to come through one of those trials – but all of them?

Joseph held to the belief that God was using him for a work greater than he could ever see or know. But later, things became clearer. As he was strategically placed as second in command to the most powerful ruler of the day, Joseph realized that the whole nation of Israel needed a savior – someone to deliver them from the unforeseen danger ahead.

As I read the account of Joseph revealing himself to his brethren, that whole situation could have gone markedly different. But it didn’t. The integrity to which Joseph held carried him through the darkest of times and when faced with an opportunity to seize pleasure for himself with his master’s wife, he replied:

Genesis 39:9 “There is none greater in this house than I; neither hath he kept back any thing from me but thee, because thou art his wife: how then can I do this great wickedness, and sin against God?”

He regarded purity, honesty, integrity and doing right above all else – even when he had the power to do as he wanted.

To gain the fruit of our trials, we must hold to Joseph’s example. We will never see the true reason for the trouble if we do not seek God to give us the character needed to not just survive, but see the real reason God allowed trouble to come in the first place.