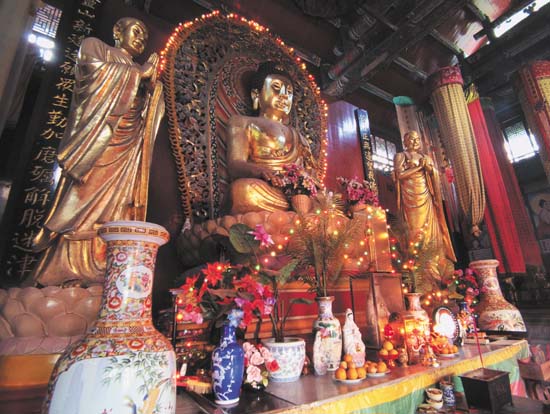 Exodus 32:4 “And he received them at their hand, and fashioned it with a graving tool, after he had made it a molten calf: and they said, These be thy gods, O Israel, which brought thee up out of the land of Egypt.”

Since Satan deceived Eve in the garden, he has been trying to get men to look no further than his mirror for whom to worship. We are keen not to proclaim our own goodness, yet we fail to see the truth of which altar at which we are bowing. I say that with the conviction of having been made aware of some altars at which I gave my worship.

I am reminded of days in which I would rise early to rush off to a job trying to get ahead of my bills by working harder. I would spend long hours in a job that didn’t pay well and added a paper route which took more time away from things and people that really mattered in my life. After trusting Christ as my Savior, I realized I was bowing to money. I loved what it could do for me.

1 Timothy 6:10 “For the love of money is the root of all evil: which while some coveted after, they have erred from the faith, and pierced themselves through with many sorrows.”

Many fall prey to the altar of pleasure. Moral failure in our country has been on the rise since the sixties and we are reaping what we’ve sown. A whole generation who should be leading are revealing that they are more interested in the immediate than what they will be leaving behind.

1 Timothy 5:6 “But she that liveth in pleasure is dead while she liveth.”

Others will sell out to gain the applause of men. They fall down at the altar of their own making where they are sitting atop; waiting for others to see just how wise they are, what keen wit; what wonderful intellect. All the time failing to give thanks to the One that made them so and using that which God meant for His glory for their own.

Many an eloquent speaker who garners a crowd thinks themselves someone or something when in fact God elevates a person to have them reflect His glory. Humility allows God to be lifted up, worshipped and glorified in the soul that seeks nothing in return. Lucifer suffered supremely because of his pride. His desire to be worshipped as a god, brought a third of the angelic realm with him into Hell and ultimately, the lake of fire.

The desire to BE; the desire to HAVE and the desire to DO have deceived all of us to some extent. The common thread through it all is our pride. I cannot allow an ounce of pride to enter into that which I do for God – it will be the cancer that kills not only me, but all who follow.

I have realized there are altars at which we bow that are very subtle: we justify them to ourselves and neglect to see the bondage it brings. Time is one of the most precious commodities we are given. How we use that time has been placed in our control. We say we love God. But does your schedule reflect that?

Look back on your past week. Try to detail just how much time was spent on each activity. The week holds 168 hours. Sleep will take up from 35 or more hours if you sleep 5 hours on average, but say you get 8 hours – then 56 of those 168 are for rest and rejuvenation. An 8 hour a day job takes another 40, but, there is drive time and overtime. That leaves 72 hours. Thirty minutes for each meal and ten and a half more hours are gone. I hope you’re beginning to see that time slips away so easily and swiftly; we must control it and use it as a tool.

If we were to tithe on our time, 16.8 hours would belong to God. Church attendance cannot be counted in this as we are commanded to do so – it is not something we give of our own.

Hebrews 10:25 “Not forsaking the assembling of ourselves together, as the manner of some is; but exhorting one another: and so much the more, as ye see the day approaching.”

An hour each day in devotions would be seven of those almost seventeen… So, what do we do with the other ten?

I encourage you to take inventory of your hours and just what they are spent doing. You will see just which altar it is you bow the most. Is it the god of Netflix; or the god of money or job, or even family? How do we tithe of our time? Do we rob God and use that time selfishly? We would do ourselves a great service to be honest in our evaluation. Then, seeing just where we are lacking, change our schedules to reflect just Who it is we have chosen to worship with our time.