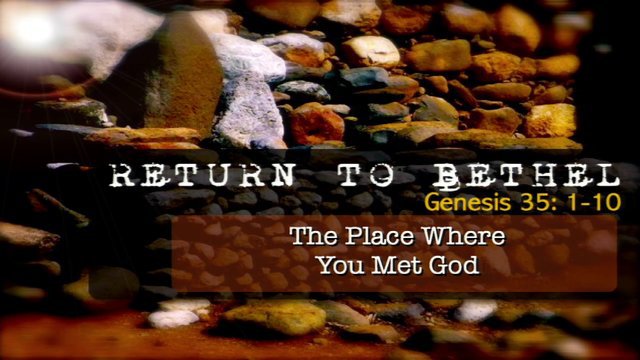 Psalms 40:1-3 “(To the chief Musician, A Psalm of David.) I waited patiently for the LORD; and he inclined unto me, and heard my cry. He brought me up also out of an horrible pit, out of the miry clay, and set my feet upon a rock, and established my goings. And he hath put a new song in my mouth, even praise unto our God: many shall see it, and fear, and shall trust in the LORD.”

Biblical salvation changes so many things!

At the first, the realization that Heaven is now my eternal destination gives joy to my heart! The evidence of God’s Holy Spirit living inside me begins to reveal to me that the transaction that took place is real! As He begins to bear witness to the truth, I realize that this is far more powerful than anything or anyone I have ever come in contact with.

The removal of stubborn sins – ones that I could not, in the flesh overcome. Trusting God at His Word that I am truly a new creature in Christ Jesus.

2 Corinthains 5:17 “Therefore if any man be in Christ, he is a new creature: old things are passed away; behold, all things are become new.”

My old life was truly a ‘horrible pit’ filled with ‘miry clay’. Sin had begun to have ugly fruit. My choices and the results of those choices were now coming to fruition. But it wasn’t until the Word of God exposed the danger I was facing that I saw the reality of where it was I was headed.

The reality of the judgment of my sin before a Holy God began to frighten me.

Revelation 20:11-15 “And I saw a great white throne, and him that sat on it, from whose face the earth and the heaven fled away; and there was found no place for them. And I saw the dead, small and great, stand before God; and the books were opened: and another book was opened, which is the book of life: and the dead were judged out of those things which were written in the books, according to their works. And the sea gave up the dead which were in it; and death and hell delivered up the dead which were in them: and they were judged every man according to their works. And death and hell were cast into the lake of fire. This is the second death. And whosoever was not found written in the book of life was cast into the lake of fire.”

I was a liar and a thief. I had disobeyed my parents. I had lusted in my heart. The weight of my sin was getting to be more than I could handle. Problem was, that I was in the throes of arrested development for most of my adult life. I ran to my addictions when faced with difficult decsions that demanded a maturity that I did not possess.

When it came down to it – I deserved to burn in Hell forever for what I had done.

I was in trouble.

Then, God sent a messenger.

That man delivered truth to my heart. The Word of God exposed my sin for what it was and my unbelief as rejecting the most wonderful gift ever offered. I stood at the precipice of the most important decision of my life.

On the one hand was my parent’s religion that left me empty and unfulfilled with no promise of eternal life. It was only a ‘hope so’ salvation when it all was said and done.

On the other hand was the pure, perfect Son of God with nail-pierced hands reaching out to me with a love I had never seen before. He accepted me – even with all the imperfections, sin and shame.

I saw a love far deeper than I had ever experienced. Not in the generic sense, but for who I was in my innermost being – the me that only God knew… He loved that man! At that point, I didn’t even love the me I had become.

I saw myself as the sinner I truly was.

Romans 3:23 “For all have sinned, and come short of the glory of God;”

I saw the judgment that awaited me.

Revelation 21:8 “But the fearful, and unbelieving, and the abominable, and murderers, and whoremongers, and sorcerers, and idolaters, and all liars, shall have their part in the lake which burneth with fire and brimstone: which is the second death.”

I felt Jesus was calling me to trust Him and Him alone. Devoid of any preconceived notions, religious teaching and former beliefs; God called me to place my faith in what Jesus had already done on the cross of Calvary to pay for my sins.

He said to receive Him freely and He would adopt me into His family as a child of God.

John 1:12 “But as many as received him, to them gave he power to become the sons of God, even to them that believe on his name:”

I shall never forget the moment I decided to accept Jesus as my personal Savior. I had battled with my past, my parent’s religion and what good I felt I had to offer in my defense. The Word of God had stripped all that away and left me wanting.

Outside of my workplace, there was some bushes that I had crawled under. It was there that I knelt and gave my faith to Jesus and trusted Him for salvation.

I came out from underneath those bushes that day rejuvenated, regenerated and reborn!

Slowly, through discipleship, devotions and the daily teaching from the man who was my messenger, I saw my feet come out of the horrible pit and the miry clay.

He set my feet on the Rock. He did establish my goings. He gave me a new song that I have been singing and will not stop till this flesh drops and my soul rises to a place where my singing will become purer and higher.

He gifted me and gave talents to do His will. He called me to preach the unsearchable riches of the Word of God.

Nobody but God could have done such a thing.

Now, twenty-eight years later, I can still get excited about what God is doing and what He will do.

I have gotten victory in areas of my life I thought were unchangeable.

I have been part of seeing the miraculous happen in people’s lives.

I have led others to a saving knowledge of Jesus Christ.

I have sung with a quartet whose music has literally, gone round the world.

My children are all saved and I am seeing my grandchildren growing up in church; praying they will, one day, receive Christ as well.

The day and the place I got saved will forever be my ‘Bethel’ – the place where I met God felt His presence and received His most wonderful gift of salvation.

If you are saved, you have the most wonderful trip you an take back to the place you received Christ as Savior. Maybe not physically, but in your mind and heart, you can travel to immerse yourself in the truth that never changes – Saved forever and always!