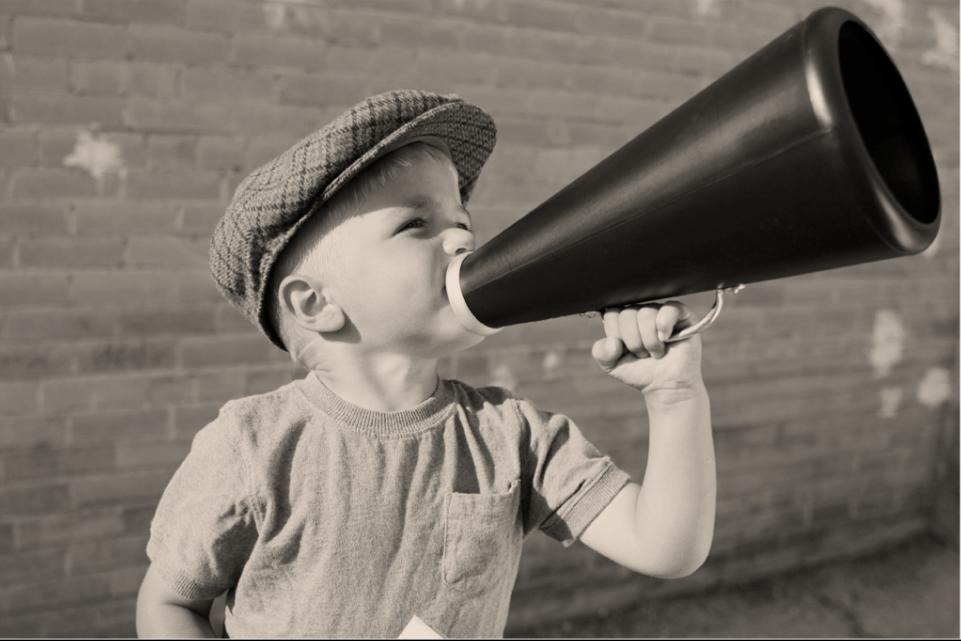 Mark 7:36-37 “And he charged them that they should tell no man: but the more he charged them, so much the more a great deal they published it; And were beyond measure astonished, saying, He hath done all things well: he maketh both the deaf to hear, and the dumb to speak.”

Their first words. Their first steps. A whole line of firsts fill the photo albums, digital space and memories of proud parents who are bursting at the seams to tell of their child’s accomplishments. But to hear those who met the Savior tell it, they could not contain their joy and wanted the whole world to know.

Think of it – you have never been able to see and with one touch of the Savior’s hand, your eyes are now opened for the first time! Ears that have never heard; legs that were lame; tongues that never spoke; lives sentenced to death with disease; all now burst and blurt out the news that Jesus is the Healer!

But there is a silence growing among that same group today.

Those whose lives who have had their eternal destiny changed from Hell to Heaven.

Those whose sins carried an eternal punishment now are forgiven and possess eternal life.

Those who were estranged from anything godly, holy or spiritual, now, by the blood of Jesus Christ, are reconciled to a Holy God.

Those who may have never had a lineage or bloodline to boast, now are a child of the King of Kings and Lord of Lords.

Those fatherless who now have a Heavenly Father, the Creator of the world as their father.

We, who are saved, have so much to tell, yet, we remain silent.

As I read the text today, I saw people whose lives had been altered forever and asked of Jesus to never speak a word to anyone of what just happened go round about telling all who would listen of the great things God had done for them!

I HAVE received Him! I AM born again!

Before I came to Christ, I was on my way to becoming an alcoholic. My life was not heading in the right direction and those closest to me said, “Paul, if you don’t get help, you’re gonna die.” Six months prior to the day I got saved, I had wrecked my car. My BAC was over the limit and I was truly fortunate to be alive.

We were awaiting our first born son when the crash happened. My wife came to bail me out after my arrest. We didn’t speak for almost a week.

I had tried to quit, but multiple attempts were made that ultimately ended in failure. I would quit for months and then be duped by the thought that I was now in control and could back to drinking. Fail.

The car crash had a sobering affect – for about six months. I went back twice as bad. Fail.

I cried out to God for help and that help came in the form of a man.

There was a new employee hired who was an odd duck; different than the others. He would arrive 15 minutes early and read his New Testament. 5 minutes prior, he would clock in and work. Try to talk sports, weather, the boss or just life and he would deflect conversation and thoughts until it was break time.

He had asked me to share lunch with him one day and I accepted. That day, I was given more bible that I had read and known in my whole lifetime. His explanations kept pointing to my need for salvation in Jesus Christ. I kept pushing my religion in his face as my excuse. I can honestly say, I left that lunch with no excuse – I needed to be saved.

There was enough religion in me to resist the gospel for a time, but as it began its work in me, I was brought to a simple thought: Either I trust Mom and Dad’s religion, or I trust the Jesus of the Bible. Holding on to both meant I was dangling over Hell trusting my own power to save me. My strength had wore down and I needed to choose.

In the meantime, my new found friend had invited me to attend a Bible study he held during lunch at our place of work. For two weeks I heard the gospel preached and the Bible expounded like never before. The conviction grew deeper and my excuses were long gone.

I went home that second week after the Bible study and I just could not sleep.

“If I died, I would go to Hell” would ring out in my heart. With no answer to the question, my heart grew more weary. I tossed and turned all night. The alarm signaled another day was about to start, but I was up with no sleep and totally unprepared for what this next day was about to bring.

I somehow managed to make it to our 2pm break when clarity broke upon my thinking; “Who am I resisting, Who am I failing to trust to save me?”

Finally, at that point, I was willing to turn my back on everything to trust Him as my Savior – and I did! I walked out the side door of our building at that time and knelt underneath some bushes and prayed; “God, with what faith I have, I give it all to You and trust you to save me.”

I arose from that prayer a different man!

As I walked back into the building, one of my coworkers commented, “What happened to you?”

From that point forward, I lit up like a Christmas tree. I told anyone and everyone about my salvation. I wrote a letter to everyone of my family members telling of my salvation. I visited aunts and uncles, cousins and relatives telling of the wonderous conversion of my soul.

Jesus told the leper that He had healed not to speak a word to anyone of the healing he had just received.

Mark 1:43-45 “And he straitly charged him, and forthwith sent him away; And saith unto him, See thou say nothing to any man: but go thy way, shew thyself to the priest, and offer for thy cleansing those things which Moses commanded, for a testimony unto them. But he went out, and began to publish it much, and to blaze abroad the matter, insomuch that Jesus could no more openly enter into the city, but was without in desert places: and they came to him from every quarter.”

If God has done a work in you, tell anyone and everyone that will listen. We’ve been commanded to do so.

Don’t put it off – tell someone today.

A fellow quartet member wrote this song. I share it lovingly. (https://www.youtube.com/watch?v=RxlZ-8YlaYU&t=184s)