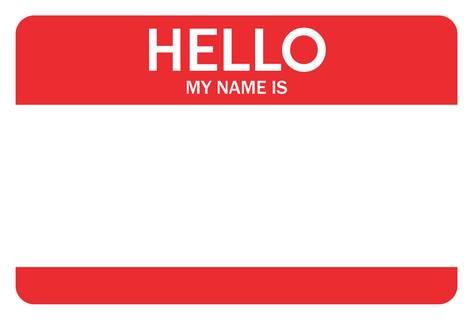 Acts 4:8-10 “Then Peter, filled with the Holy Ghost, said unto them, Ye rulers of the people, and elders of Israel, If we this day be examined of the good deed done to the impotent man, by what means he is made whole; Be it known unto you all, and to all the people of Israel, that by the name of Jesus Christ of Nazareth, whom ye crucified, whom God raised from the dead, even by him doth this man stand here before you whole.”

If the disciples had spoken any other name, there would not have been the results that day. It was quite a crowd – five thousand men – not say anything of the women, young adults and children who heard and received as well. Then Peter spoke that defining verse:

Acts 4:12 “Neither is there salvation in any other: for there is none other name under heaven given among men, whereby we must be saved.”

The name of Jesus Christ is known in more countries, more languages than any other name in history. John Lennon; in his arrogance and pride saw the popularity of their rock band on par with the Lord Jesus Christ. The only thing his blasphemous statement would be equal to is that of Lucifer – “I will be like the most High…”