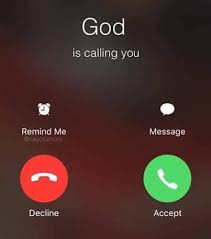 Numbers 17:8 “And it came to pass, that on the morrow Moses went into the tabernacle of witness; and, behold, the rod of Aaron for the house of Levi was budded, and brought forth buds, and bloomed blossoms, and yielded almonds.”

I believe that everyone has moments in their life that are pivotal, life-altering, and special. They are marked in time by the place it happened, the people surrounding us, the situation with which we are found, and the significance of the event.

Graduation from high school. Buying your first car. Your first true love. That first real job. When you enter the military, all of these and so much more are landmarks in a person’s life that are etched in our memories. There are also spiritual landmarks, as well.

Your salvation testimony is significant. For me, it was a miraculous time. Looking back, I met the Lord Jesus Christ when I was under some bushes at my workplace. Every one of us who are saved has a story to tell about that day.

Every man who has been called of God, knows the solemnity and sacredness of the calling, the place, the time, and Who it is that called Him. They can recall the awe that God’s presence inspired. They can recount the conversation that took place. Stepping into the role to which they were called was scary, yet, powerful.

After the rebellion of Korah and those that rose up with him, God wanted to settle the murmurings of the people as to who was to lead His people. Each leader of the tribes of Israel was told to bring a rod before Moses and God would reveal who it was to be the high priest.

Moses took each one and laid them together in the tabernacle. The next morning, God had performed a miracle. Aaron’s rod had not only budded but brought forth fruit on the bud that formed.

When God calls us, He equips us. Often, we shy away from the call of God because we feel unfit, inadequate, and incapable of fulfilling what it is God has asked us to do. Those feelings are accurate and to point.

We cannot, but God can.

Many pass on God’s calling because they only see what they can do in their flesh. Seeing in scripture who God used ought to encourage even the faintest of heart to step out and accept the most excellent opportunity to ever come into our lives.

God used Noah to build an ark and save his family and be the only one to survive the great flood.

God used stuttering, stammering Moses to lead His people out of Egypt. Moses, who when he was first called, murdered a man and ran to the backside of the desert.

God used Joshua. A young man who humbly filled the position by desiring what the man of God wanted – a walk with God.

God used Samson. Many feel he was this strapping man with bulging muscles. I think he was far more ordinary than we would think. When God’s Spirit came upon him, he was unbeatable in a fight.

God used David; a young shepherd boy with a heart that wanted to please God. He wrote songs about that love, worship, and praise. He rose up in faith to slay a giant that defied the armies of Israel and won in single-handed combat. All because he believed that his God would deliver him into his hands for challenging God’s people.

The Word of God lists many of these called to do things above and beyond their abilities. God gave them power, wisdom, understanding, and insight into things that showed all present; an Almighty God is using this ordinary man.

God came to Solomon in the night to ask of him what He could give to him as he assumed his role as king. When Solomon told all his heart to desire only wisdom to rule such a great people, God gave him wisdom without measure and that which he didn’t ask for riches, power, and influence.

When we answer God’s call on our life, He allows us to see His hand when we obey what it is He asks us to do. Moses could not create the plagues that came upon the nation of Egypt, nor part the Red Sea when the time came to go across. David could not slay Goliath on his own.

More close to home, God reveals to a man the wife he is to choose; the vocation he is to take up, or the place for him to start their family. God leads a man as to how to lead his family, the church they are to attend; how to bring up their children in the nurture and admonition of the Lord.

Each and every born-again, child of God has been given gifts and talents to fulfill a specific purpose in God’s plan. You and I will never know a greater joy, nor a greater peace in our life than when we are in the center of His will.

We all have works that God had ordained for us to do long before we were ever born.

Ephesians 2:10 “For we are his workmanship, created in Christ Jesus unto good works, which God hath before ordained that we should walk in them.”

Discovering what those works are, come when we are in communion with the One who gave them. It’s not some generic package given to each of us to feel like we fit in. It comes with a personal invitation to know we are loved, accepted, and secure in the knowledge that we are being used for a much higher purpose than we could ever accomplish in the flesh.

Often, it is not some mountain top experience on which we are given God’s edict and decree. It comes when we fulfill the steps required of us each day. God will reveal it in His own time when He feels we are ready.

When we have an established walk with God, He then begins to guide our steps more acutely to reveal His will for our lives. The consecration of our lives is significant in doing His will.

Romans 12:1-2 “I beseech you therefore, brethren, by the mercies of God, that ye present your bodies a living sacrifice, holy, acceptable unto God, which is your reasonable service. And be not conformed to this world: but be ye transformed by the renewing of your mind, that ye may prove what is that good, and acceptable, and perfect, will of God.”

Allowing God to transform us, opens the door to seeing and doing His will.

When we hear His voice, pray that we are accepting of that which He asks of us.

Psalm 95:7-9 “For he is our God; and we are the people of his pasture, and the sheep of his hand. To day if ye will hear his voice, Harden not your heart, as in the provocation, and as in the day of temptation in the wilderness: When your fathers tempted me, proved me, and saw my work.”

May our days begin with asking the One who has already ordained the steps we should take and ask to be led to do them. We’ll never know real joy and peace unless we do.