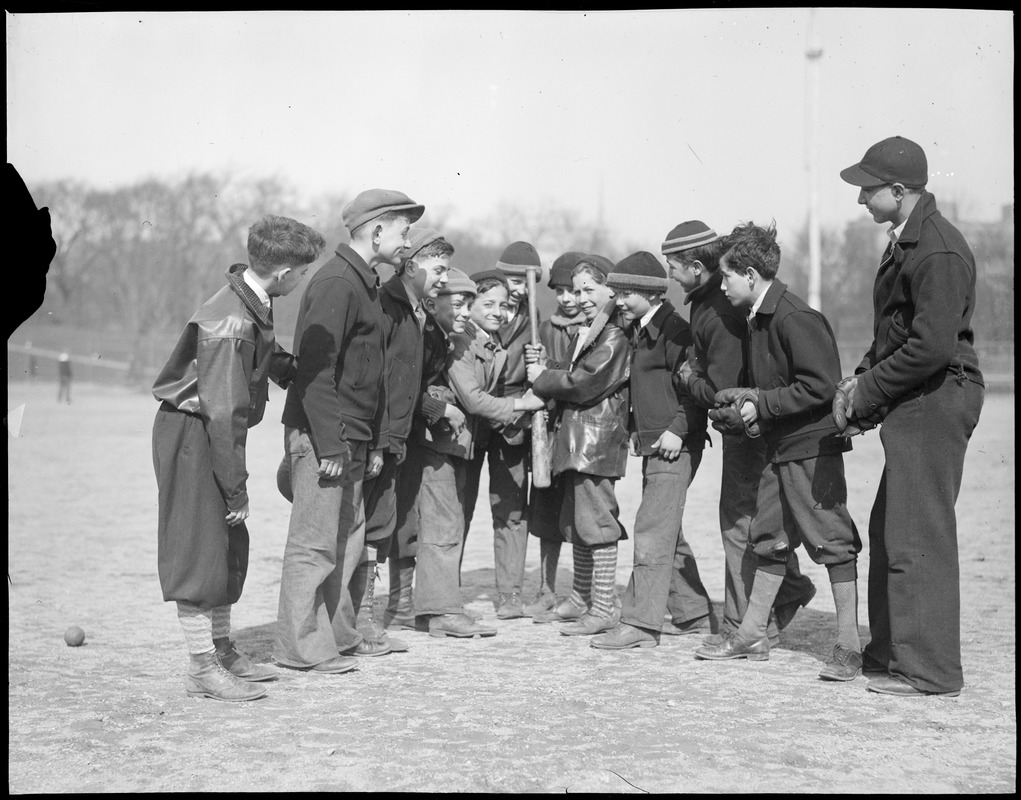 Deuteronomy 7:6-8 “For thou art an holy people unto the LORD thy God: the LORD thy God hath chosen thee to be a special people unto himself, above all people that are upon the face of the earth. The LORD did not set his love upon you, nor choose you, because ye were more in number than any people; for ye were the fewest of all people: But because the LORD loved you, and because he would keep the oath which he had sworn unto your fathers, hath the LORD brought you out with a mighty hand, and redeemed you out of the house of bondmen, from the hand of Pharaoh king of Egypt.”

As I’ve watched children choose sides for a game, the last few that were left stood there; their faces revealing how small, exposed, and insignificant they felt. Whether it was their size, athletic ability, or coordination that kept them from the forefront of the captain’s choosing, it hammered home the point that they weren’t worth much to their peers. At least when it came to kickball.

I know how they felt because that was me. Having grown a full foot taller than all my classmates, I towered over them. But my feet couldn’t quite catch up to the rest of my body back then. At least until I kicked the ball over the fence in kickball.

As I lost the awkwardness and clumsiness of a recent growth spurt, I was now chosen first for games and not last. Soon, I was asked to be the captain.

The days of embarrassingly, agonizingly long moments waiting to be chosen never left me. In remembering those feelings, it helped me to be more compassionate later in life. It helped me to understand the path of those who possibly weren’t the brightest, the most handsome or beautiful, the most athletic or talented.

It struck a chord when my friend was being bullied on the playground.

I stepped in and stood up to the one leading the taunting and told him to stop. You see, my friend had a stammer when he got excited or scared. Being put on the spot in front of classmates didn’t help matters.

As I’ve grown, I have learned to champion the little guy; the one who, if given half the chance, would rise to the challenge and be able to show just who they are and of what stuff they’re made.

God looked down and chose the Jews.

His choice was unique in that they were small in number and picked on by all those around them. From the time of Abraham to Moses. From Moses to King David. From captivity to captivity, they suffered. Some of the sufferings were self-inflicted.

It was because God promised and because God loved them so much that He dealt with them where they were. Chastened when they ran to other gods and blessed when they obeyed, we can learn much throughout the historical accounts presented to us in the Bible.

No one better than the Jews can relate to the bullying they suffered from other countries. Whether it was the Syrians, the Philistines, the Amorites, or just about every other surrounding country, they knew what it was like to be the little guy whom no one chose to be their friend. That is until they saw the hand of God deliver them.

They were and are unique to Jehovah God. Being allied with Israel today puts you in elite company. It also puts you in the crosshairs of those who hate her.

Psalm 122:6 “Pray for the peace of Jerusalem: they shall prosper that love thee.”

A simple line in the word of God, but powerful enough to move America to align herself with little Israel. The apostle Paul admonishes us:

Romans 1:16 “For I am not ashamed of the gospel of Christ: for it is the power of God unto salvation to every one that believeth; to the Jew first, and also to the Greek.”

Romans 2:10-11 “But glory, honour, and peace, to every man that worketh good, to the Jew first, and also to the Gentile: For there is no respect of persons with God.”

The God of Heaven is a God of order. He sets who is first in line and who is to follow.

1 Corinthians 14:40 “Let all things be done decently and in order.”

From Adam till now, we can see how God set in order the stars, the moon, and the planets. Had he made man first with no place to dwell, he would have floated in the void until a place was made for him. God orders all things and holds them in place.

Colossians 1:16-17 “For by him were all things created, that are in heaven, and that are in earth, visible and invisible, whether they be thrones, or dominions, or principalities, or powers: all things were created by him, and for him: And he is before all things, and by him all things consist.”

Whenever I am feeling small and insignificant, I go to those days and remember how God brought me through my times of embarrassment and insignificance. As a child of God, I go to the scriptures to bolster who I am in Christ to shine the light of truth into the dark places.

My God loves me.

Jeremiah 31:3 “The LORD hath appeared of old unto me, saying, Yea, I have loved thee with an everlasting love: therefore with lovingkindness have I drawn thee.”

John 3:16 “For God so loved the world, that he gave his only begotten Son, that whosoever believeth in him should not perish, but have everlasting life.”

He keeps me. He protects me and provides for me. He set His love on me. He knows my name.

Psalm 91:14 “Because he hath set his love upon me, therefore will I deliver him: I will set him on high, because he hath known my name.”

Take heart, child of God! He has not forgotten you.

Though your way seems dark today, there is light for tomorrow. Though there be tears, there will be joy in the morning.

Psalm 30:5 “For his anger endureth but a moment; in his favour is life: weeping may endure for a night, but joy cometh in the morning.”