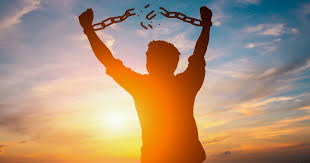 Psalm 18:35 “Thou hast also given me the shield of thy salvation: and thy right hand hath holden me up, and thy gentleness hath made me great.”

“In World War II, General Jonathan Mayhew Wainwright led a gallant but vain fight that led him to be a prisoner of war. For months the Japanese mocked him and beat him.

Then, one day, the news arrived that the Allied Forces had won. The Japanese guards thought Wainwright hadn’t heard the news, so they approached him to inflict their daily habit of abuse. Though Wainwright had grown frail and weak, he stood up straight and tall and said, “From now on, I’m giving the orders around here.”

The devil doesn’t want you to know the Good News that Jesus has won the victory either. But, you must resist him and claim the power of God in your life.

Where do you think you’d be if Psalm 18:35 read: ‘I have saved myself. My hand has held me up. My gentleness has made me great.’? Praise God that your salvation is from Him! Jesus paid it all”

Taken from “Daybreak – Practicing the Presence of God” by Adrian Rogers