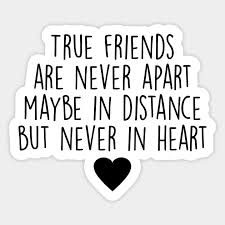 Proverbs 27:17 “Iron sharpeneth iron; so a man sharpeneth the countenance of his friend.”

There are the ‘fair weather’ friends, the ‘good time’ friends, and true friends.

True friends are those who sharpen us. They see our potential and knock away at the mediocrity, laziness, and aren’t afraid to point it out. They feel and know a level of trust because they hold similar beliefs, principles and philosophies.

In those areas that they disagree, they respect each other’s viewpoints and even use it to test their own. In agreement, they are fiercely loyal, defending the other as blood. In that which they disagree, it is the iron used to sharpen the other.

When a friend is willing to call us out on our decisions and press us maybe more than what might be socially acceptable, we feel their love and concern for our wellbeing. We may not like what they say, but, one must appreciate their willingness and love for us to call us out.

Some have created a code of conduct for their friendship. Others allow the situations to come and go but most make their decisions based on principle, not “what have you done for me lately.”

Friends who ask for or expect reciprocation are not true friends. We do not need to see equal payback because we know that at the time needed, our friend will be there. Even if they cannot, they will communicate it in such a manner that lets us know that they were and are thinking of us.

Ruth became a true friend to her mother-in-law though Naomi tried to push her away. Ruth responded in epic fashion.

Ruth 1:16-17 “And Ruth said, Intreat me not to leave thee, or to return from following after thee: for whither thou goest, I will go; and where thou lodgest, I will lodge: thy people shall be my people, and thy God my God: Where thou diest, will I die, and there will I be buried: the LORD do so to me, and more also, if ought but death part thee and me.”

Jonathan and David reveal a loyalty that went beyond Jonathan’s fealty.

1 Samuel 20:17 “And Jonathan caused David to swear again, because he loved him: for he loved him as he loved his own soul.”

Elisha showed us his immediate obedience to the call of God, but also to the man of God by whom he was to be discipled. He left no way back to the old life.

1 Kings 19:20-21 “And he left the oxen, and ran after Elijah, and said, Let me, I pray thee, kiss my father and my mother, and then I will follow thee. And he said unto him, Go back again: for what have I done to thee? And he returned back from him, and took a yoke of oxen, and slew them, and boiled their flesh with the instruments of the oxen, and gave unto the people, and they did eat. Then he arose, and went after Elijah, and ministered unto him.”

The bonds of this type of friendship come rarely, but we must be willing to immerse ourselves in it when it does.

Salvation has brought us into relationship with the God of Heaven. Of the many wonderful promises we receive, to be joint-heirs with the Son of God ranks very, very high.

Romans 8:17 “And if children, then heirs; heirs of God, and joint-heirs with Christ; if so be that we suffer with him, that we may be also glorified together.”

The fellowship is not distant as it may seem. Jesus knows everything of the human condition, not only because He created it, but because He lived it.

Hebrews 2:18 “For in that he himself hath suffered being tempted, he is able to succour them that are tempted.”

How close is a true friend?

Proverbs 18:24 “A man that hath friends must shew himself friendly: and there is a friend that sticketh closer than a brother.”

Proverbs 17:17 “A friend loveth at all times, and a brother is born for adversity.”

From the very beginning, God saw that man should not be alone.

Genesis 2:18 “And the LORD God said, It is not good that the man should be alone; I will make him an help meet for him.”

He wanted us to experience all that comes with the closest of relationships.

Ecclesiastes 4:9-10 “Two are better than one; because they have a good reward for their labour. For if they fall, the one will lift up his fellow: but woe to him that is alone when he falleth; for he hath not another to help him up.”

There is no truer friendship or relationship than what we have in Christ.